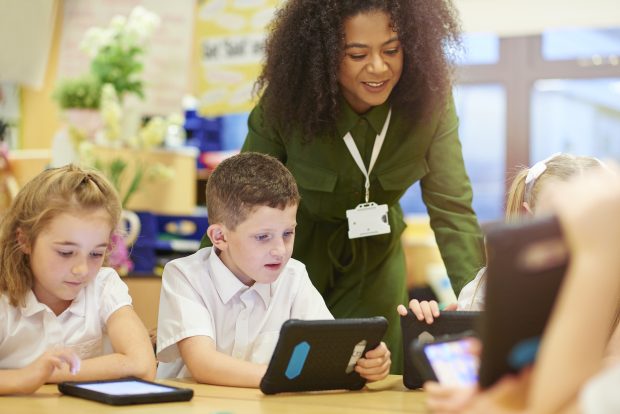 St Mary and St Thomas’ CE Primary School has just received Gold status for the Anti-Bullying Alliance All Together programme. Here Linda Smith, Director of Wellbeing, shares her tips for educating pupils and parents together on the subject of bullying.

At St Mary and St Thomas’ CE Primary School in St Helens, pupil wellbeing is at the heart of everything we do. Anti-bullying is not just a policy, it’s the cornerstone of all work in our school.

Thanks to the Anti-Bullying Alliance All Together programme, we’ve not just refreshed our current practice, ensuring messages stay current and relevant with pupils in school, we’ve also engaged with parents; educating them in identifying the signs of bullying and helping to prevent bullying behaviours at home as well.

Educating pupils and parents together

Another step on our year-long action plan was to work with parents to further develop their understanding as well as the pupils, both in respect of the effects of bullying, but also to support them in identifying the signs of bullying.

During the Autumn term, as part of the Anti-Bullying Week work completed by school, we held parent workshops to educate parents and up-skill them in spotting and helping to prevent bullying behaviours. As staff had reported occurrences of parents using the term ‘bullying’ incorrectly when describing incidents that had happened between pupils, we decided that we would focus on what the term bullying really means, and how this can be portrayed in different ways. Staff were very keen to make the distinction between ‘mean’ behaviour that can at times occur between peers, and actual bullying, which is persistent and caused by an imbalance of power.

A staff meeting took place to discuss the most effective methods to do this, and to share ideas for activities that could be used to support staff in delivering the workshops. Parents were then invited into school for workshops throughout the week, to work with their child(ren) and the staff. Activities were varied, and alongside use of the materials on the Anti-Bullying Alliance website, addressed the key areas: What is bullying? How can bullying affect you? Who is bullied? Who can become a bully? Why do people bully? What can we do if we are being bullied? How can we help someone being bullied?

As an example of some activities completed, Year 6 pupils looked at scenarios and sorted them into ‘bullying’ and ‘unkind/mean behaviour’ piles with their parent/carer. These were then shared and discussed with other groups to explore the thinking behind their choices. This activity was extremely beneficial, as lots of the parents initially labelled behaviour as bullying, and it was the pupils who were able to explain why it wasn’t.

The actions put in place to address this area of the action plan were positively received by all stakeholders, and in particular parents. There were a number of parents that attended each of the workshops in each class, and the children enjoyed completing work alongside members of their family. It also gave the pupils the opportunity to take on the mantle of the expert, ‘teaching’ their parents and sharing their knowledge. Feedback from parents and carers was that the session was extremely useful, and gave them a better knowledge of the difference between bullying and unkind behaviour, informing the way in which they deal with incidents with their children in the future, and so far there has been a reported decrease in the number of parents using the ‘bullying’ term without proper cause.

Like many schools, anti-bullying support and education is integral to the work we do in school and at the time of signing up to the All Together programme we wanted to refresh what we do to give it that ‘X factor’ to the children. When things become the norm we (staff/parents/pupils) don’t always recognise how much we actually do, so it was a way of helping us to bring the work to the forefront again and ensure we all understand how we keep children safe from bullying behaviours.

By the way in which we completed the questionnaires, in small groups, and the very close scrutiny to analyse the data per class to create individual class and whole school plans, we were able to address more than just bullying behaviours. I would encourage schools to sign up to the programme to access the tools and use them as creatively as they wish to get the best outcomes for their pupils and schools.

To quote Dr Peter Benson “relationships are the oxygen to human development” and by focussing on developing relationships with pupil to pupil, pupil to staff, staff to parent, school to school we are creating “the air we want our society to breathe.”

The All Together 2018 programme has been extended for a further 18 months. You can review outcomes from schools that have taken part in this year's programme online.

To express an interest in joining the programme visit: www.anti-bullyingalliance.org.uk/alltogether